Paris in a week. 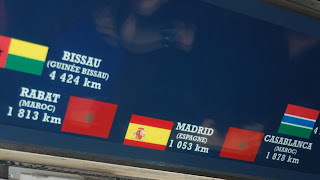 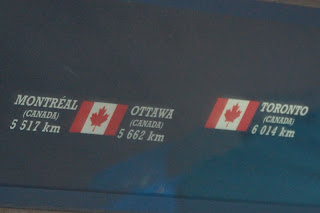 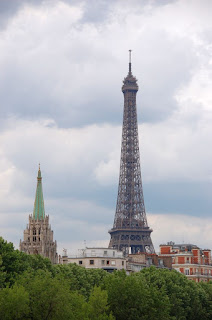 It's the Eiffel Tour of course!
It's about time I wrapped up this travelogue since we left Morocco 2 weeks ago and have been home for 3 days. I may still go back to do some editing of previous posts and will be working with my pictures (about 2000 of them) and uploading some to Flickr.
In Paris we had a small apartment for the week we were there. It belongs to a connection of Linda's through work, and we not only were sharing it for most of the time we were there, it had been paid for last year. Paris can be very expensive for accommodation and food and the apartment helped on both fronts as we could (and did) cook there. The location in Belleville, in the 20th Arrondisement, was not "downtown" but not far and we had a metro stop about 2 blocks away so access was great. There is a bus which runs from a few blocks further away that practically doubled as a poor person's tour of some of the major sites as it passes the site of the Bastille, Hotel de Ville, the Louvre, and Notre Dame before it let us off at Champs de Mars practically under the Eiffel Tour. 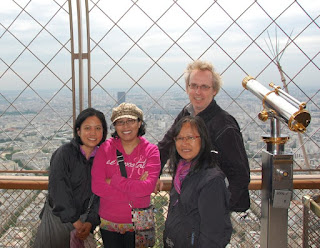 We shared the apartment in Paris with Adalina and Emily, and they joined us on a lot of our sightseeing ventures as well. Linda joined them on some of their shopping trips while I spent more time in the Louvre and listened to pipe organ practice in the amazing example of Gothic architecture, L’église Saint-Eustache, getting my culture fix. 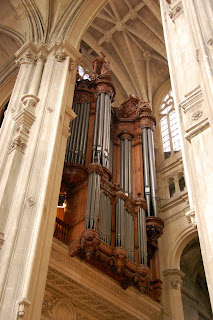 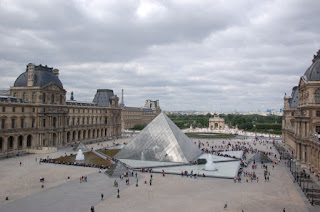 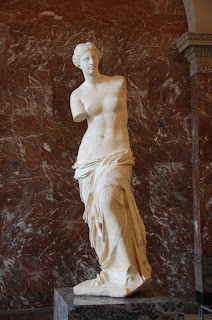 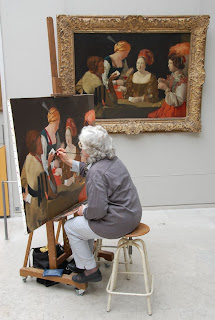 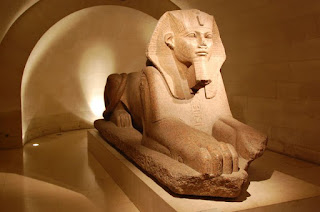 The Louvre was amazing of course, but overwhelming. The only way to really appreciate it would be to live in Paris and have a season's pass or something so you could come again and again.  I only managed to have a couple of hours there before my feet and head started to hurt so I had to get out. The crowds did not help either. Check out this room where if you are lucky you might be able to tell that is Mona in the background: 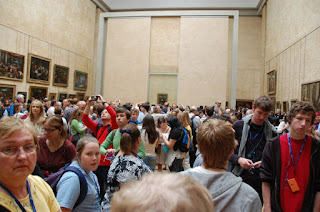 In Paris there is obviously lots to see that is not inside a museum exactly. Notre Dame (love those gargoyles!) for example is still an active church, Sacre Coeur as well and while they are from different eras they are both impressive. Wandering a region like Montmartre or going down into the Catacombs where the bones of millions are on display, walking along the Champs Elysees, or exploring the Père Lachaise Cemetery looking for graves of Jim Morrison (decorated in flowers album covers and liquor bottles) or Oscar Wilde (desccrated one could say by many lipstick kisses and inaccurate quotes from the writer) , strolling the Seine, or just lingering over a coffee and a pastry in a cafe (even if it is a MacCafe - which is what the Champs Elysees MacDonalds is called)...it's still Paris! 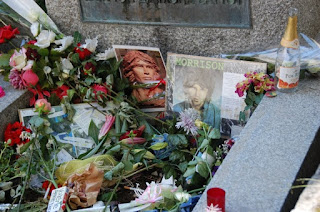 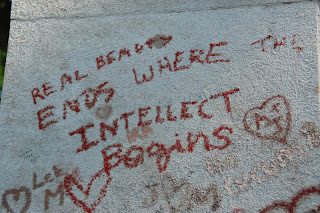 It feels different. It's modern and ancient at the same time, cosmopolitan, civilized and bohemian in like measure.  If you can get away from (most of) the tourists and hang around a neighbourhood such as we stayed in it can get pretty cozy pretty quickly. Amazingly good and still warm croissants for breakfast, all the cheese and butcher shops you could ever need, and more than enough cheap (though not tasting cheap) wine than you can ever consume. Our neighbourhood had food markets and crafts for sale on the street, and music and guerrilla theater, plus World Cup soccer on view everywhere you went.
And those rumours of rudeness by Parisians? Mostly unfounded, I would say. My French is not too bad, but Linda's is worse than bad and Adalina and Emily are about on par with Linda I expect. I was their guide and translator much of the time but just as much tried to let them go it alone and they did just fine. At least they seemed to make out fine, coming home with food and souvenirs and clothing from their trips without me and with no harm done. 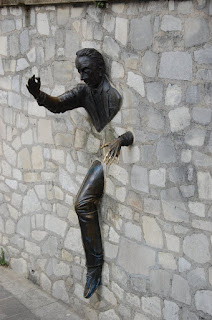 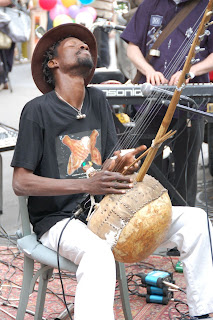 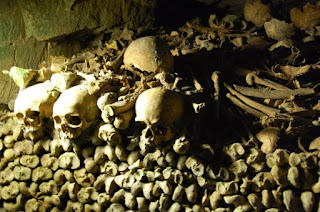 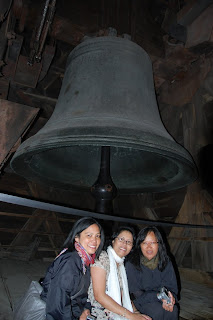 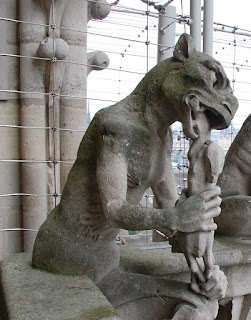 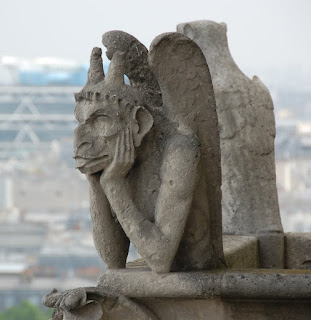 We managed to keep our costs down in Paris, cheapskates that we are, by eating our suppers mostly at home in the apartment or by grabbing food in the Latin Quarter. We did not visit quite as many museums or other major sites as we might have, the Musee D'Orsay for example was one I regretted not getting to, but other places might wait for another visit.
Somewhat unexpectedly we had visitors in Paris. My brother Peter came in via train from eastern Europe and his wife Siew-Kim and daughter Sabrina arrived a day later from Halifax. It was good to see them and hang out around the apartment and Paris with my favourite 13 year old niece (only 13 year old niece?), who obviously appreciates the Louvre as well! 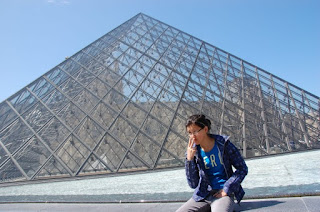 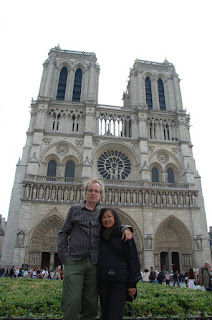 Posted by Unknown at 9:57 pm No comments: