Arriving at the airport was pretty easy. In case I didn't say, Doug works for Air Canada so has parking privileges at YVR.

Linda left her car at work, close to the airport  and Sky Train anyway. We went through the various long lines, picked expensive food and managed to board with little drama. Not bad considering it was 4 of us travelling on Doug's buddy passes. Alas, no first class seats.

Se left the ramp on time, just about. An hour later we arrived...back at the ramp. After sitting on the taxiway for a long time it was announced that we had to return to get more fuel as our flightplan was changed. The different route sas longer and we needed more fuel. We left over an hour late on a longer route. Oh well, at least our arrival time is early in the day still. 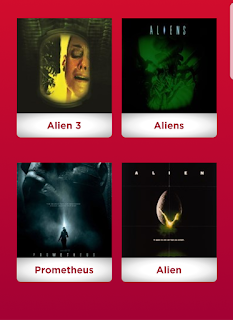 These Air Canada Rouge flights are pretty budget in their services. No monitors overhead or on the seatbacks for example. You have to get an app (using your data) and then once in flight you can access media with wifi to watch on your own screen. No internet though. And a pretty poor selection of films. I didn't even look at the music menu. I have my Fiio with 64 gigs of my own music and a pair of Sony noise cancelling headphones. The combo is great. I love the noise cancelling.

After watching a pretty forgetful "gang gun deal turns into 2 hour gun battle" movie called Free Fire or something, I got up to stretch, and met Vincent.

Vincent is from Waterford Ireland and is returning home after a summer of fishing and bartending on Malcom Island, or Sointula, where we went just a couple of months ago. We chatted about many of the places and people there. Small world! 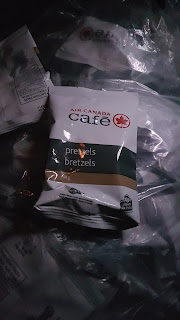 He also gave us some great tips for travel ideas around the south of Ireland near where he lives, and also over on the Ring Of Kerry. In fact we now know where to get lobster over there, from a friend of his! We will be staying very close when in Tralee. I bought him a drink and he drew us maps, a fair exchange I reckon.

I would have shared the giant bag of pretzels I found under my seat with him too but he had already gone back to his.

Posted by Unknown at 9:45 am No comments:

Yup, it's another trip and we are leaving tomorrow!

This will be a different kind of trip for Linda and I. Shorter than most and more (and less) planned than most too.

We will be travelling with another couple and that's partly the reason for the different parameters. They can't be away as long and prefer to know where they are going and budget for it. Linda and I are more likely to go longer and plan only a place to touch down when we get to another country and more or less wing it the rest of the way. That's ok though, so 10 days of pre-booked stuff is the way it goes this time.

Tomorrow this time we will (should) be on the flight to Dublin. We have 4 days there with a planned (but not booked) side trip to Belfast and other sites in Northern Ireland. After that we will have a rental car for several days around the south and west of Ireland, with stops near Wexford and Tralee.

Accommodations will be all AirBNB. We've never used them before but it did seem to be the most economical way to handle the 4 of us. Using the rental car too allows us to get around without buying 4 train or bus tickets. We will see how the driving on the wrong side of the road goes!

Highlights we hope to see are of course some of the usual, like Guinness, The Giant's Causeway, The Ring of Kerry and the Cliffs of Moher. Numerous castles and monasteries and maybe a few distilleries might be in the plans too!

So, this is the preliminary post. We will see how much time I have for more later.
Posted by Unknown at 5:48 pm No comments: