Tintern Abbey, the Dunbrody and the Hook Lighthouse 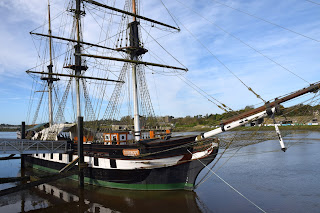 Our full day near New Ross definitely was full.

First stop was the Dunbrody emigrant ship moored in the River Suir at New Ross itself. This was literally a few minutes from our accommodation. Out the quaint little road, left at the roundabout and down the hill into the main street of town.

The ship is a recently built reproduction of a ship that made several trips to North America taking escapees from the famine of the 1840's. The original was built in Quebec and the reproduction here in Ireland. The tour was quite interesting and the boat itself (a barq) very impressive. I loved the dummy gun ports painted on the sides. Down below decks were reproductions of the living quarters for the passengers, most of whom paid "steerage" fares. 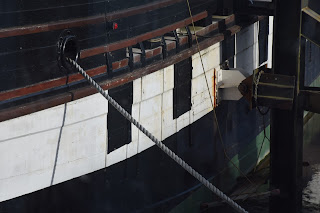 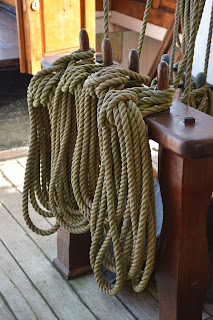 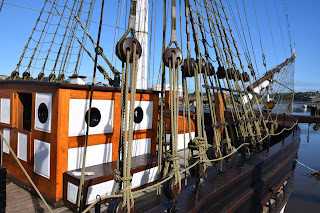 Our trip was virtually a private one as we arrived early. The tour buses were just starting to arrive when we left. I would recommend this one if you are in the area as it is very well done and provides a lot of insight and background to the Irish heritage in the "new world". Even the (JFK) Kennedy is from this region. We passed their estate but did not stop in. 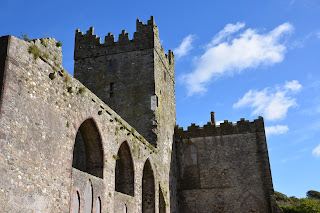 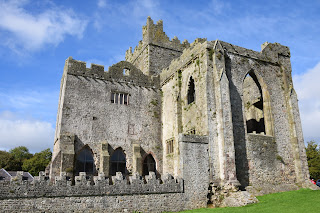 After out brief stop here were headed out the Hook Peninsula to check out the views and the 800 year old but still functioning lighthouse. I think they've changed the bulbs a few times. 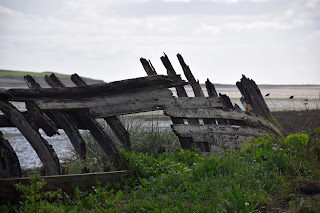 The scenery out here was quite nice. The land in the east of Ireland is somewhat flatter than the west and the views less dramatic but still very picturesque. There are many old castles, estates and abbeys and we didn't have the time this trip to check them all out (we probably never could) but it was pleasant just driving past them. Heck even the barns and fences are terribly picturesque.

We took a tour of the lighthouse while we were here. It was another one that was well done with good anecdotes from the guide and interesting use of films that had actors playing period roles describing life in the era of the light. 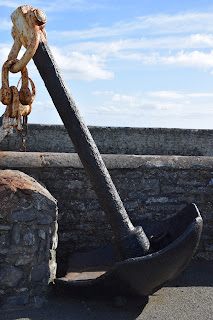 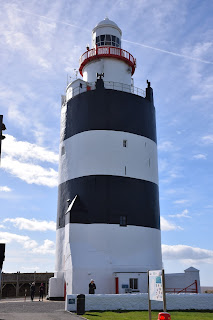 So, all of this was before lunch but we even found one more site AT lunch. This was the Templar's Church, situated across the road from the Templar's Inn where I indulged in my first bowl of seafood chowder. 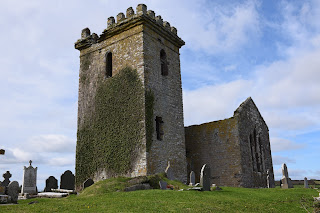 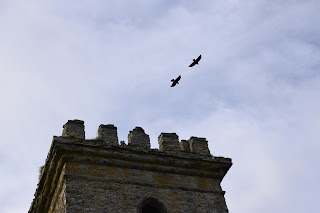 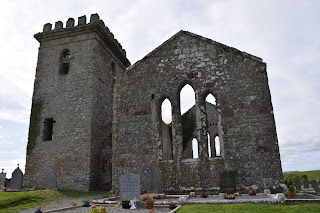 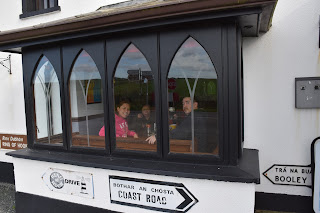 A car ferry at Ballyhack took us across the Suir River to Waterford. By this point we had had a good enough amount of sightseeing for the day and we headed on home to New Ross and down our quaint lane to our home for 2 days. Tonight was a big black dog and full moon night. 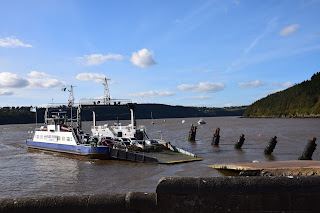 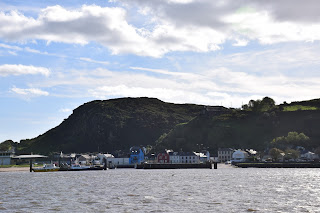 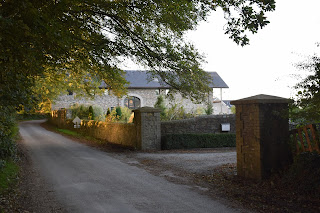 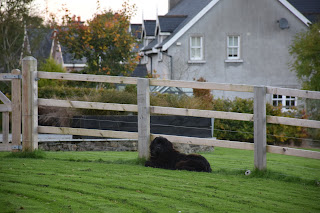 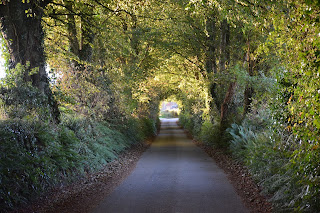 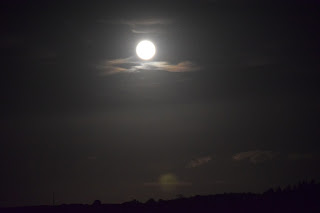