Trip To The Giant's Causeway 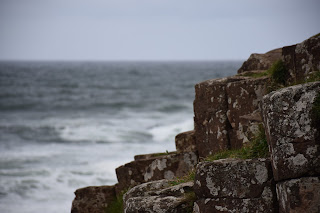 Today was a long day. Up at 5, picked up at 6 by Darwin (our faithful taxi driver) and on the bus from the cold waiting zone at the Dublin Gallery at 6:45. We didn't arrive home until 8.

We went with FinnMcCoolsTours which we booked online just a day before. Off season it was a pretty good rate too. Eugene the guide and Peter the driver did a very good job today.

Our first stop after entering Northern Ireland and passing through Belfast (not counting the highway rest stop was The Dark Hedges. This is just one of the many Game Of Thrones filming sites in Ireland and many of the people on our bus were there to see these sites. We have not watched the show really so they don't have much interest for us specifically, though they are still strikingly beautiful locations.

It is nearly impossible to get those great photos with all the other tourists about but I tried. 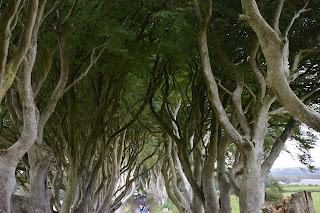 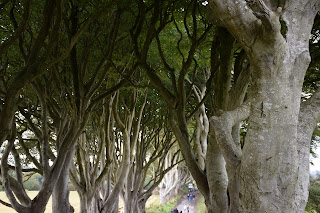 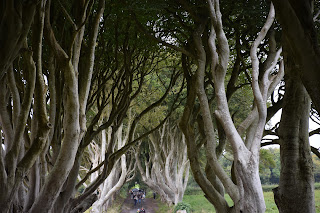 We passed by the Bushmill's Distillery but they apparently don't give out free samples anymore so are off the list of stops. Next stop was Dunluce Castle which apparently is famous for having it's kitchen fall of the cliff into the Atlantic one day. 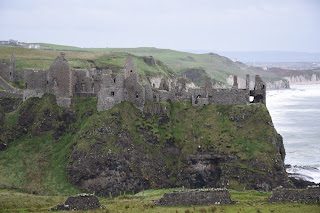 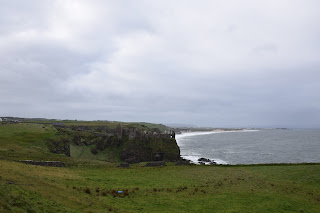 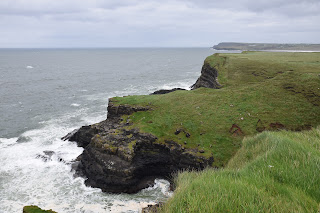 The Giants Causeway and the coastal route followed...but I'm too tired. I'll get to that later.