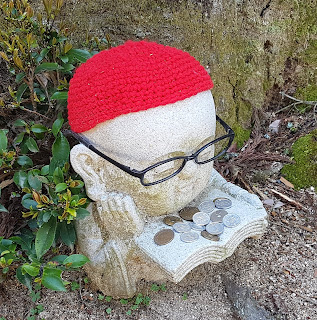 Our arrival in Hiroshima was pretty straightforward. The instructions from our host were good and the tram from the train station dropped us immediately in front of the apartment. Our host and hostess met us on the street. 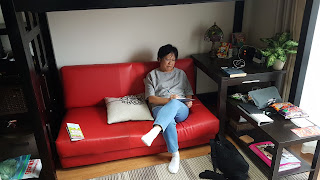 Cute little apartment with the only potential drawback that same proximity to the tram, just a minor one of the noise from it. We didn't use the tram much but the tracks did provide a convenient trail to follow home.

Hiroshina is mostly on islands in a river delta. That helped as well to determine where we were. We were essentially one island away from the Peace Park which is pretty much the center of the city. The stark reality of the Atomic Bomb Dome is right there to provide an unmistakable landmark. The island itself is also home to the Peace museum. I visited but it was so crowded with tourists plus hot and humid I could not stay long. Nonetheless it was a quite moving experience and I did learn things about the city and the bombing of it on Aug 6, 1945. 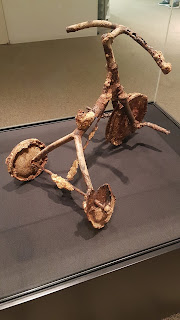 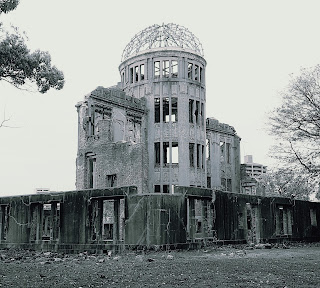 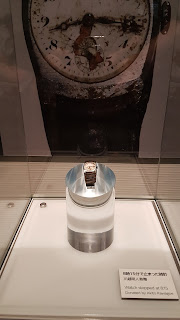 We really liked Hiroshima and our little apartment. It was a place I could imagine living. Unlike Tokyo which was so big and busy, Hiroshima was a manageable size.

We visited a few small shrines and gardens and took a fairly long but local train ride (using our JR pass) and boat to visit Miyajima. It was filling up with tourists as the day progressed but it was still possible to enjoy some quiet places. We even got in a bit of a hike. The cable car type tram took us up in 2 stages to an elevation of 400m or so and we then had to follow a trail, descend some and then climb back up to about 530m to the top of Mt Misen. 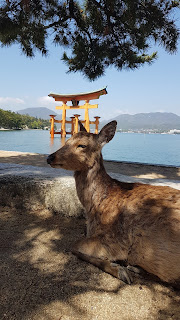 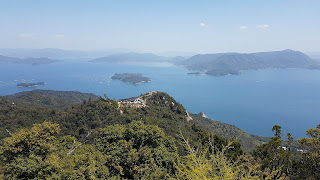 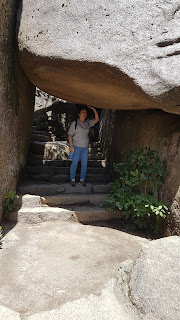 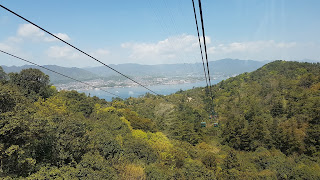 The view was a pretty spectacular 360 degree one. We even saw air force jets overhead and a submarine coming into the harbour far below. 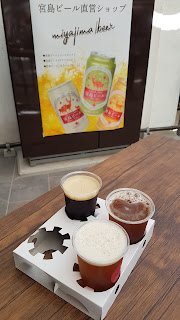 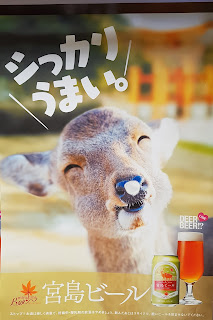 Food was great here and came with a lot of character. On the recommendation of our host, we went to Okinimura the first night to have Okonomyaki, somewhat of a local specialty. It was great and the ladies running the place seemed to like us. 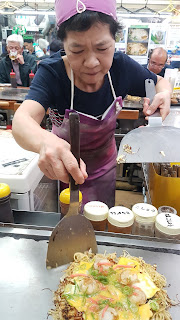 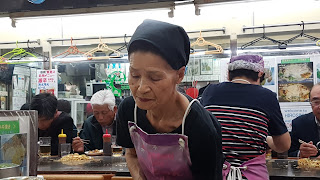 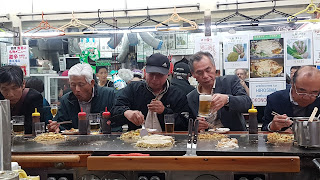 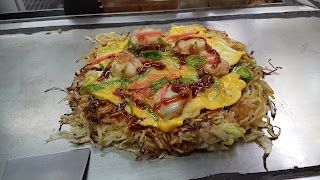 Another evening we tried to find a tempura place that was supposed to be right next door to us Instead we stumbled into another tiny place and had a fun time with the woman running it and 6 local women at the next table who were having a fun and loud girl's night out, I guess. 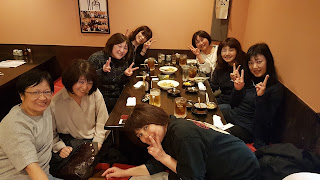 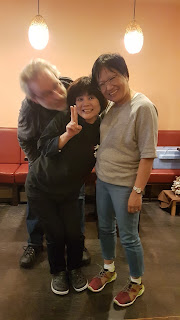 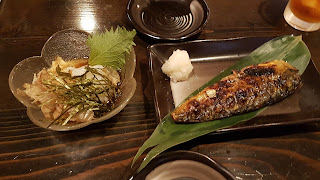 We did have to leave Hiroshima and move on to Kyoto though. Here are a few more pictures first. 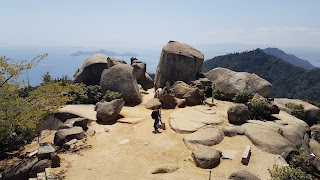 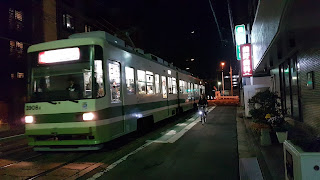 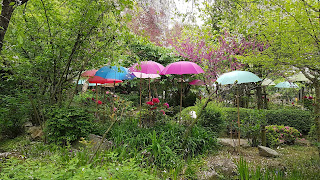 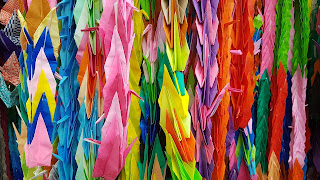 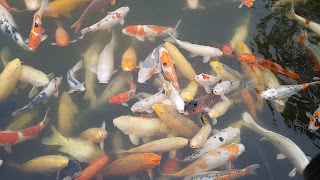 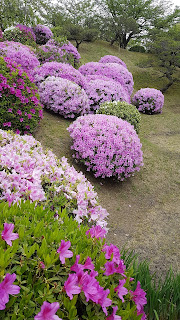