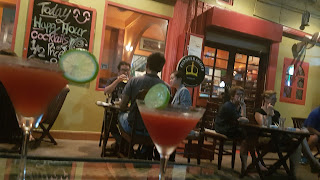 After 2 days in Vang Vieng we moved on. The same place we booked our kayaking also sold us minibus tickets. An advantage of the minibus is relative comfort of fairly modern vans, often pickup at your accommodation and some flexibity with travel times. They also usually drop you somewhere close to where the bulk of the hotels are, sometimes right at it. Regular "local buses" and other full size ones often stop well away from where you want to end up. In Yangon that was literally 2 hours away!

Our next destination of Vientiane is the largest city in Laos and it felt like it. It spread a long way and was overall busier, plus more expensive. The minibus dropped us literally 2 blocks from the beginning of the backpacker hotels. We had a couple in mind and checked some out as we went along, but for some reason turned down a narrow alley and soon saw a sign from AO Apartments saying they had a room. We took it.

The building seemed to be all long-term rentals but they had one small but clean room with private bath near the front for short-term. It couldn't have been much quieter or more private, and it looked out onto a temple. It was also very close to sites and shopping both for food and other stuff. 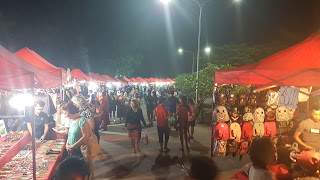 By this point we we had pretty much been templed-out but we did wander the city center in our usual way of walking nearly everywhere. Tuk-tuks here were a bit pricey and I think we only used one once. We wandered around the palace, the hotel district, a rather old stupa in the middle of a traffice circle, the Mekong river front and of course the night market.

We found a few nice chain type coffee shops with open wifi. You can hang out for a long time over a coffee and pastry and maybe even find an English language newspaper. 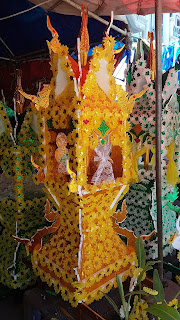 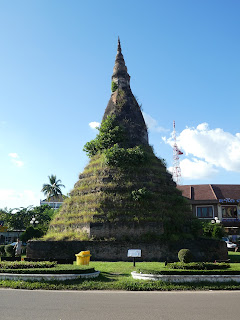 Vientiane is also the home of an agency called COPE. It has a mandate to provide aid in the form of prosthetics and therapy to those disabled by the leftover UXOs (unexploded ordinance), or bombs in other words, reminders of the Vietnam war. Over 2,000,000 tons of bombs were dropped here by the US, on a country that was not even technically at war with them. Many of these are in the form of apple sized cluster bombs ("bombies") specifically designed to target people. They are very hard to find but can still kill or maim 40 years later. 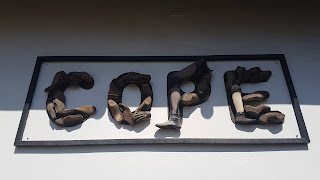 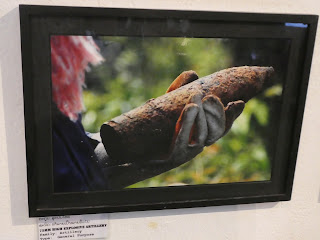 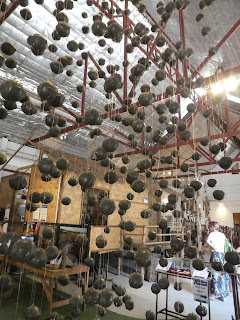 After the rather sobering experience at COPE and 2 days in Vientiane, we returned to our part of town and got our tickets to our next stop on the trip, Kong Lor cave.