From Sintra to Lisbon the trains are frequent and quick, making the trip in about 40 minutes.

Lisbon is not terribly hard to navigate in some districts but not so in others, such as the Alfama district where we were staying. The Baixa district is more grid-like in layout having mostly been rebuilt after the 1755 earthquake and it is in this area that the main train station, Rossio, is located. It's also the main shopping and tourist area. Alfama is not far but is a twisting turning up and down sector with streets that are as little as about 10 feet wide (maybe less). Getting up to the Largo Das Portos Do Sol in the picture above to meet the owner of the apartment we were renting we decided to do by taxi to save the navigation hassle and our feet.

Alfama is one of the poorer neighbourhoods of Lisbon but quite vibrant. Getting around is not really all that hard, but it helps if you can get out in the open once in a while to either catch sight of a landmark like the river, a large church or the castle that overlooks it. Or you can follow the tram tracks and sometimes find your way home. Oh, what the heck, just get lost. Eventually you will come out somewhere. Just watch out for the dog poo. 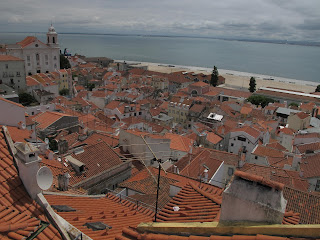 It's an old city but has all mod cons as well. The downtown is busy and full of ritzy shops but the barrios (neighbourhoods) have lots of character. For every ancient church or funky market there is a tacky souvenir shop or artistic spray bomb graffiti. The rickety trams and modern subway get you around very nicely. 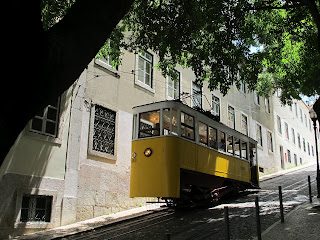 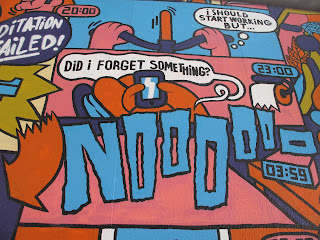 We had pretty much burnt out on castles by now but we did visit the Castle of São Jorge which was just above us. We actually went there twice as we escorted an American couple up there at night after meeting them over sardines and wine at the smoky grilling stand on the steps of a church not far from our apartment. We sat on a castle wall and caught the last of a concert that was going on inside. 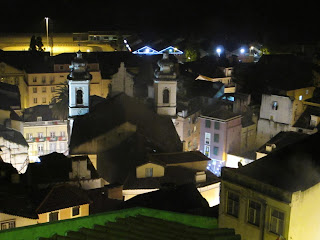 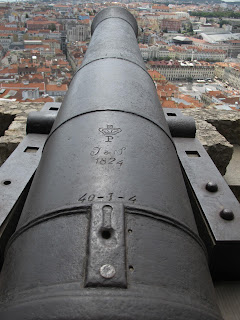 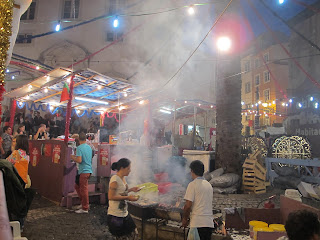 Even though it was faster paced and louder, we did enjoy Lisbon. The prices had gone up a bit, but our apartment was well priced and we kept costs down by eating at home a few times. The apartment was tiny but efficient. I could just barely avoid hitting the ceiling at places and had to practically step in the toilet to get out of the shower but it all worked well...mostly. The owner was also very helpful (maybe too talkative) and nice. We also could not beat the location...as long as we would avoid the dog poo.

We checked out a couple of cool museums in Lisbon including one devoted to modern design and another that was a private collection from an Armenian oil billionaire and donated to Portugal as they promised it a permanent and high quality venue. The Gulbenkian Museum was a bit out of the way for us but worth the trip. 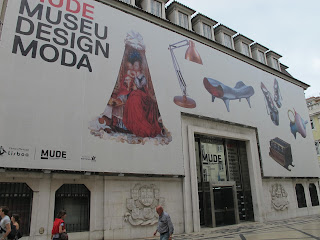 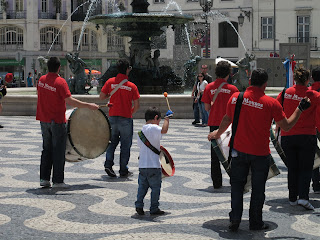 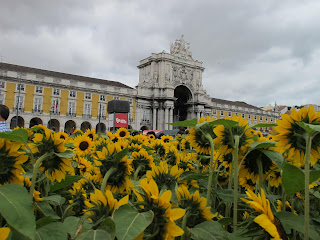 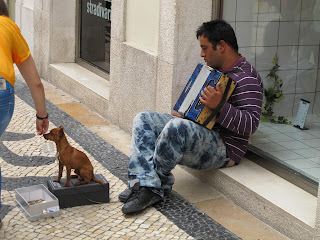 We really enjoyed Lisbon even though the pace was a bit higher than that elsewhere in Portugal. Three days was just enough to get a good taste of it, but a week would be not too much time. 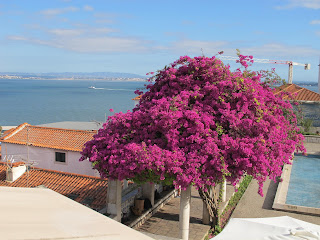 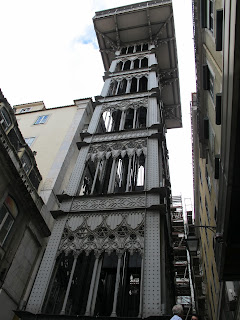 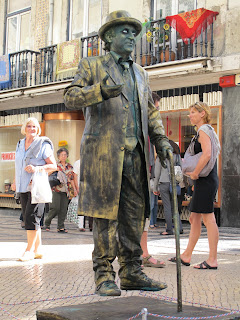 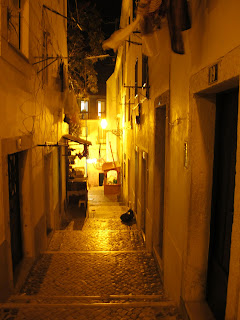 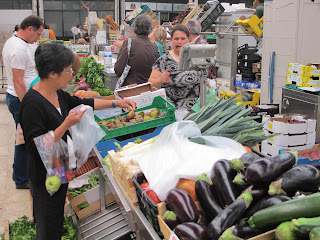 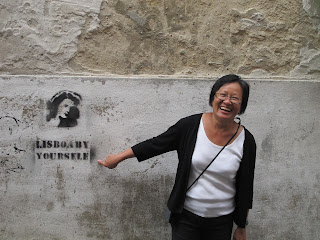